Guest Post: Kristie Cook - What It Means to Go 'Indie' 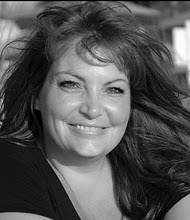 Today I'd like to welcome indie author, Kristie Cook as she shares her thoughts on indie publishing! Her book is available now at Amazon.com, and be sure to check her out at her websites, www.KristieCook.com and www.IHavePromise.com.  You can also find information on her and her book on Goodreads!


Once upon a time, going “indie” meant self-publishing because no one else would dare touch a book. Usually, it was because it needed serious editing (as in terrible writing skills, poorly constructed plot, unbelievable characters, etc.) and/or there was no market—no target audience—for the book. Determined (and sometimes delusional) writers took on the expense themselves and hand-sold their books out of their car trunks.

Every once in a while, there was a gem—a book that should have been bought by a major publishing house but for some reason wasn’t. It was well-written, with believable and lovable characters and an exciting, unpredictable plot. These were the exceptions and not the rule, though. The industry stuck with the rule that “self-publishing” equaled “unworthy.” This stigma meant those who did have a gem would kill their careers by self-publishing.

Just as storytelling has changed over the years—we no longer start with “once upon a time”—so has publishing and what it means to go indie. With today’s technology, the industry is in its biggest upheaval since the invention of the Gutenberg press. I’m not just talking eBooks.

It starts with the Internet, which has allowed a process to be created where a book can be printed after it’s been sold—print-on-demand—rather than authors having to invest in thousands of copies up-front that they may never sell. The Internet that has provided a means for authors to reach buyers, so no more trying to sell books out of trunks. With readers connected in so many different ways, the recommendation of a really good book can spread like wildfire in a few weeks.

Then, of course, the Internet brought about the eBook. It’s not nearly as cheap to produce as readers seem to think it is (those who refuse to spend more than $2 for an eBook are disillusioned about what it costs to produce), but it’s still cheaper than printing a dead-tree book. It’s easy and fast to publish a story in eBook format and make it available to readers instantaneously.

The publishing industry still isn’t quite sure what to do with all these technological advances. Overall, it’s trying different things, sometimes taking two steps backward for each step forward. At the same time, it’s dealing with a tough economy that’s closing bookstores, causing lay-offs at publishers and minimizing the amount of money publishers have to invest in authors, especially debut authors. If they’re going to invest any money, it’s going to be in someone who is already proven. Publishers and agents no longer shun those who go indie. In fact, it’s a way for authors to build a fan-base and prove themselves before a publisher decides to pour any money into them.

So going indie no longer means “unworthy.” Sure, there’s still a lot of crap being self-published—more than ever, because it’s so easy and cheap. But it’s no longer a hard-and-fast rule that every indie-published book is garbage. Going indie now means “alternative.”

For authors, it means making their books available sooner than a traditional publisher could. It means finding out sooner rather than later, and in a much less costly way, whether the author has promise…or not. It means being able to build a reader-base while still pursuing traditional publishing, making you even more attractive to publishers. Or, perhaps, it means collecting higher royalties and you just may decide you don’t want to share with an agent and publisher.

What does going indie really mean? To me, it means taking control of my writing career. It means pursuing my dream without relying on some committee to decide whether my dream is worth it. It means knocking down archaic walls and throwing open doors to new possibilities. And with the industry in flux and unable to invest as much in new authors, it might eventually mean the only way for a writer to become published.
Email Post
Labels: ebooks epublishing indie Kristie Cook Promise