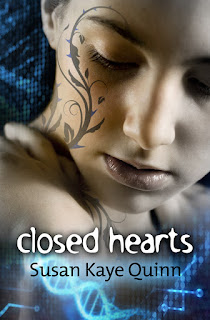 When you control minds, only your heart can be used against you.
Eight months ago, Kira Moore revealed to the mindreading world that mindjackers like herself were hidden in their midst. Now she wonders if telling the truth was the right choice after all. As wild rumors spread, a powerful anti-jacker politician capitalizes on mindreaders’ fears and strips jackers of their rights. While some jackers flee to Jackertown—a slum rife with jackworkers who trade mind control favors for cash—Kira and her family hide from the readers who fear her and jackers who hate her. But when a jacker Clan member makes Kira’s boyfriend Raf collapse in her arms, Kira is forced to save the people she loves by facing the thing she fears most: FBI agent Kestrel and his experimental torture chamber for jackers.

Release Date: May 23rd, 2012
Click Here to sign up for the Virtual Launch Party on May 23rd! There will be prizes, reviews, bonus content, did I mention prizes? Come join the fun!
PRAISE FOR
Open Minds (Book One of the Mindjack Trilogy)

“Being a fan of dystopian and sci-fi in young adult books this was exactly the type of book I was hoping to fall in love with and absolutely did ...YA readers who love authors like Ally Condie, Veronica Roth, Lauren Oliver and others would be missing out if they failed to pick up Open Minds by Susan Kaye Quinn. Join Kira on her journey to save her fellow mindjackers and potentially change the landscape of her world forever.”
— Danielle Smith, book blogger at There’s a Book
“Susan plunges readers into a compelling and frightening world where nearly everyone can read minds when they come of age. The very idea makes me shudder. This is easily one of the best books I've read not only this year, but in recent years.”
— Heather McCorkle, author of The Secret of Spruce Knoll
"Susan Kaye Quinn's Open Minds is an edge-of-the-seat YA sci-fi, where 16 year-old Kira dodges psychological bullets from all sides."  — Catherine Stine, author of Fireseed One
Open Minds $2.99 on Amazon, Amazon UK, Barnes&Noble, and iTunes
Susan Kaye Quinn, Author

Susan Kaye Quinn grew up in California, where she wrote snippets of stories and passed them to her friends during class. She pursued a bunch of engineering degrees and worked a lot of geeky jobs, including turns at GE Aircraft Engines, NASA, and NCAR. Now that she writes novels, her business card says "Author and Rocket Scientist" and she doesn't have to sneak her notes anymore. All that engineering comes in handy when dreaming up paranormal powers in future worlds or mixing science with fantasy to conjure slightly plausible inventions. Susan writes from the Chicago suburbs with her three boys, two cats, and one husband. Which, it turns out, is exactly as much as she can handle.
Way too often, you can find Susan on her blog, facebook, and twitter.
Susan’s Other Works
Open Minds
In His Eyes Anthology (includes Mind Games, a short prequel to Open Minds)
Life, Liberty, and Pursuit (a teen love story)
Full Speed Ahead (short afterstory to Life, Liberty, and Pursuit)
Posted by Karly Kirkpatrick at 8:00 AM 5 comments:

Darkness Rising Update & Get An ARC 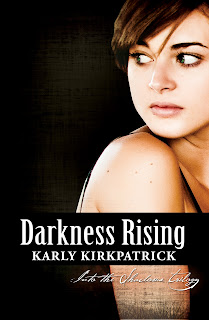 I just wanted to check in and give you the status on Darkness Rising, sequel to Into the Shadows. The book is FINISHED! YAY! It's already out for edits!

Later in May, it'll be in the proofing stage. If you would be interested in an ARC (advanced reader copy) in exchange for an honest review posted at Amazon, etc., I would be more than happy to hook up as many people as possible. Remember, it will be an ARC and will not have been through the proofing process. That means there will still be mistakes. If you're interested in an ARC, let me know by leaving your name and info below.


Branded as an Enemy of the State, Paivi Anderson left everything behind to start a new life. Torn from her parents and now a fugitive from justice, along with her brother, Torsten, and former frenemy Christian, she is desperate to save her family and escape her country's tyrannical rule . But in order to outsmart the Anti-Terrorism Coalition, she'll need to learn to control her powers. When Paivi discovers the true meaning of the EOS list, she realizes that she may end up saving much more than just her parents.


You can also add it to your Goodreads To Be Read pile here:
http://www.goodreads.com/book/show/13585306-darkness-rising

The book should be available in June OR July, depending on the editing process. I'll let you know as it gets closer!

Posted by Karly Kirkpatrick at 8:00 AM 9 comments:

Email ThisBlogThis!Share to TwitterShare to FacebookShare to Pinterest
Labels: ARC, Darkness Rising, Into the Shadows trilogy 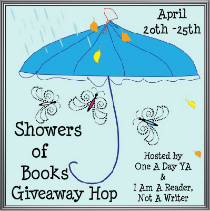 Thanks for joining me on the Showers of Books Giveaway Hop! I've got some great prizes for you! Thanks to One A Day YA and I Am A Reader, Not A Writer for hosting us!
Everyone stopping by during the hop receives a free prize just for stopping by! This month, I'm giving away free copies of my YA vampire novel, Bloody Little Secrets. I have recently announced it will be getting a sequel. Look for that in Fall 2012!

Pick up your free copy at the following locations:
Amazon (*could change at any time, if no longer available, download from Smashwords):
http://www.amazon.com/Bloody-Little-Secrets-vampire-ebook/dp/B004YKYYJK/ref=sr_1_4?s=digital-text&ie=UTF8&qid=1334147711&sr=1-4
iTunes/iBooks:
http://itunes.apple.com/us/book/bloody-little-secrets/id503144384?mt=11
Smashwords (Nook readers get it here!):
https://www.smashwords.com/books/view/127730
And now, *rubs hands together*, for the prizes!!!
Grand Prize: 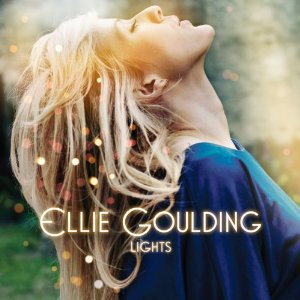 This album was one of the three (in addition to Noel Gallagher's High Flying Birds and Mumford and Sons) that I listened to while writing Darkness Rising. AND it's a fab album!!!
Prize Pack #1 - Aliens

Ebook copies of:
Exiled by RaShelle Workman
How To Date An Alien by Magan Vernon
Prize Pack #2 - Magic

Ebook copies of:
Loramendi's Story by Angela Carlie
Glimpse by Stacey Wallace Benefiel
There are no requirements to enter other than leaving your name and email address in the comments so I may contact you. It would be great if you want to follow the blog or would like to follow me on Twitter or Facebook.
Thanks again for stopping by! Be sure to hop around to all the other sites as well!
Posted by Karly Kirkpatrick at 7:13 PM 55 comments:

Email ThisBlogThis!Share to TwitterShare to FacebookShare to Pinterest
Labels: free ebooks, giveaway hop, I Am A Reader Not A Writer

This Just In: Bloody Little Secrets Is Getting A Sequel!

After over 30,000 downloads, readers are demanding more from Vicky Hernandez! I have decided to continue the series with a sequel, slated for this fall.

Stay tuned for updates, I'll be working on the plans as well as a title and cover for the upcoming sequel. Lots to do! As soon as I get anything, I'll share it with you!

If you haven't gotten to read Bloody Little Secrets yet, be sure to download it, it's still free at the following sites: 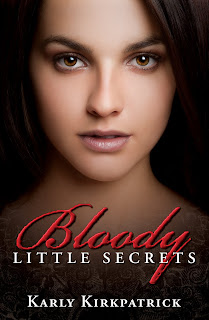 In a cool little development, your favorite, or future favorite vampire novel, Bloody Little Secrets, has gone FREE!!! Pick up a copy for yourself or pass it on to a friend!


Thanks so much and happy reading!!!
Posted by Karly Kirkpatrick at 8:09 AM No comments: