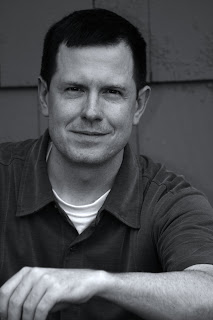 My debut novel, Love Drugged (Flux), hits the shelves in September. Because my main character is a gay teenager, I’ve been asked, what’s the best way to write LGBT characters in my book?

My best answer goes like this: I would approach it the same way you would if you were including, for example, a character with red hair. Or a character with green eyes. In other words, as long as you are creating a unique, three-dimensional, fictional character, there’s no right or wrong way to do it. If you include LGBT characters in your fiction, just take time to make them people—with good traits as well as bad habits, quirks, motives, capable of generosity and selfishness and (most of all) surprise.

The bottom line is, please do include LGBT characters. If you need further convincing, allow me a quick story:

In addition to being a writer, I run a high school library in Chicago. Every fall, at some point, a student will approach the circulation desk with a few books, and sandwiched among them will be a book by, say, Alex Sanchez or Julie Anne Peters—authors of well-known LGBT novels for teens. I scan the books with my Magic Circulation Gun and rattle off my usual song-and-dance about due dates and avoiding mud puddles, etc.

A few days later, the student—let’s say it’s a boy in this case—will return the books. He’ll slide the Alex Sanchez title across the counter toward me and whisper, “Do you have any more books… um, like this one?”

“You bet,” I’ll say. And I will (often discreetly, depending on the student’s level of comfort) introduce him to great books by David Levithan, Brent Hartinger, Martin Wilson, Perry Moore, David LaRochelle, Nick Burd, and so on. There’s no official LGBT section in my library, so I sometimes make a list of authors’ names for the student. “Go look for some of these,” I’ll say.

Each week, the student will return the old book and take something new. For a while, we share this great secret. It’s one of my favorite things about being a librarian—the trust that a student places in me about something private, something so important and exciting.

Over time, he’ll go through all the LGBT novels I have, plus some great anthologies like Not the Only One, edited by Jane Summer, and How Beautiful the Ordinary, edited by Michael Cart.

And this is the only terrible part—when I have to tell him, “Sorry, kid, that’s all there is.”

Yes, by the end of this student’s freshman year of high school, he has read every YA novel in which gay characters appear on the page. And trust me, I’ve got them all! The list is always growing, changing, a few new ones each year, and one or two gone, because a copy gets lost and the book falls out of print. It’s not enough. We need more. Students of every minority deserve more chances to see their lives depicted in great books.

The big chain bookstores don’t do enough to support LGBT authors or customers. (Lately they seem to think, “We stock Will Grayson, Will Grayson—do we really need any other LBGT novels?”) So we depend on libraries. As a school librarian, I’m proud to be part of that effort. As a writer for teens, you can be, too.
Email Post
Labels: James Klise LGBT Love Drugged ya lit