I completely realize that the release date for my upcoming YA vampire novel, Bloody Little Secrets, is in April/May and NOT in January, being that I still have to finish it (this weekend-ish, I'm hoping...fingers crossed!), but I happen to have the cover NOW!  Yay!  When I had my previous cover made, it took the artist a little while to create it and I was trying to get the book formatted at the same time, not realizing he also needs the file cover.  So this time I thought I was being smart and getting it done early, thinking I would get it in February so it would be ready for the formatter in March.  But Robin at Robin Ludwig Design, Inc. (www.rldprint.com) took care of my cover in less than a week!  Amazing!  In any case, I'm thrilled to have it and we can all ooo and ahh over it from now until April/March.  It's definitely motivating me to get finished.  Now only if I had some more time... 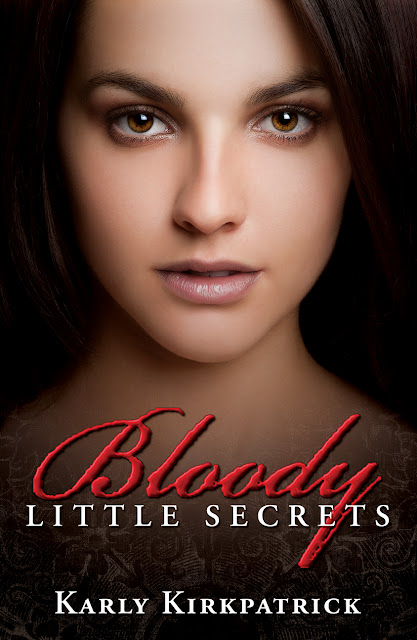