My Muses: Into the Shadows - Plot 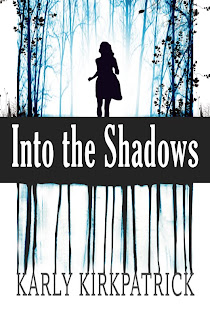 When I wrote Into the Shadows, I pulled mostly from my knowledge of World War II and the Holocaust. I majored in German in college (I'm a German teacher now) and I also essentially had a minor in history (and have taught it), mostly focused on the history of Germany, World War II, and the Holocaust. I think the reason the Holocaust and WWII fascinate me so much is because I am intrigued by how normal, average citizens can be provoked to become the epitome of evil. And while I love writing and reading paranormal lit normally, this mindset is by far more frightening and terrible to me than any horror novel or vampire could be.

I know that the last survivors of the Nazi horrors are passing on, their stories relegated to text books and documentaries, which hopefully are not lost on the next generation. It scares me to think that people sometimes don't believe the Holocaust even happened. *facepalm* When I thought about starting to write a book (Into the Shadows was my very first) I considered the age-old nugget of writing advice...write what you know. Now, I don't necessarily prescribe to that in all cases. I most certainly have never been a vampire or a drug-dealing cheerleader, but I have written about them. But it served me well with Into the Shadows.


I thought about what kind of problems we have in the U.S. today and how a government and people could react when put under the pressure to end such a problem. Instead of our problem of foreign terrorists, I created a group of domestic terrorists that kept the people in Paivi's world on edge. Senator Wendell Stevens offers a solution, and the people support it because they're scared. Fear makes people do funny things.

My hope was that this theme isn't lost to the history books. Governments and people can and do do really bad things to their own citizens and neighbors, even today.

Hope you enjoyed this little behind-the-scenes look at Into the Shadows!

Email Post
Labels: Into the Shadows my muses plot