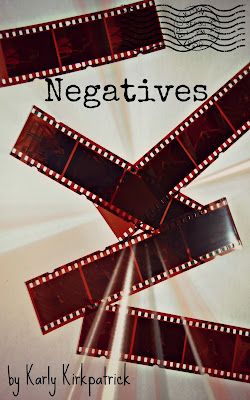 I've been finding writing a bit tough lately. Not sure if it's what I'm writing or the lack of time. There were certain circumstances health-wise that made writing difficult as well earlier this year, but luckily things are better, so hopefully that will not be a problem now. So to say I've been in a bit of a rut is an understatement. I hate not writing and thinking I can't write, I know it's totally a mental thing, but once you get it in your head, you're stuck for awhile. I happened across Joe Konrath's post last week (thanks to Megg Jensen) about a challenge he gave himself. He claimed he would write an ebook in 1 hour, while drinking. And he did. In fact, over the course of 4 hours, he wrote 4 of them. They're short, and according to him, funny, although I haven't read them, but with titles like "How Not to Fart" by Doctor Hans Uberass, I would believe it. He challenged his blog readers to write, edit, make a cover for, format, and publish an ebook in 8 hours (it didn't have to be 8 consecutive hours, luckily). So I took the challenge, and Negatives was the result.

Essentially, I was inspired from reading The Cuckoo's Calling, by Robert Galbraith/JK Rowling. In the story, the main character is a private detective, and in a scene that doesn't appear to play into the book later, he gives a client photos of her husband cheating. That intrigued me and left me wondering what happened to her. Where did she go afterward? What did she do with that information? How would I react in that situation? And that became Negatives, a short story of roughly 3400 words.

With cover (which I made completely myself using a photo I took and Picmonkey.com - again, thanks Megg Jensen), formatting, and editing (also aided by Megg Jensen), Negatives made it to Amazon in roughly 6 hours. Now, we all know that short stories don't necessarily sell, but then again, I don't always write to make money. It's great, don't get me wrong, but sometimes I just need to remind myself why I do it. To write a great story and be able to share it with readers. I hope to do this again soon, maybe not in 8 hours, but I would like to try maybe some longer short pieces as well, just to try out some different material. Who knows, that could end up parleying itself into a whole novel.

In any case, it was fun and very freeing. I highly recommend trying it out! If you do, feel free to post a link to your work in the comments, why not share it with others! I'll post a link to Joe's post, he's supposed to be sharing all of our stories with his readers today.

For today and tomorrow (August 30-31), you can pick up a copy of Negatives for free! Enjoy!