Into the Shadows Gets A Facelift 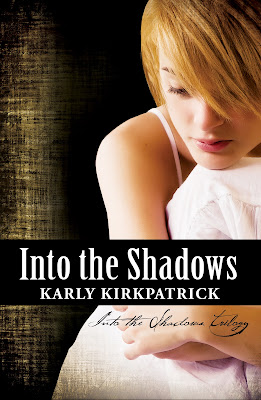 I'm super excited to reveal the new cover for Into the Shadows, which you can see here on the left. While I thought the original cover was great, Carl Graves does wonderful work, when I thought about the covers for the rest of the series, I wanted something a little different. Obviously, I really needed all the covers to match, that was important. And I really have a thing for people on the cover. I am a sucker for pretty people, what can I say.

My idea here was I wanted to give my main character, Paivi Anderson, a face. The challenge was (*spoiler alert*) her hair changes color and style by the conclusion of book one and I really needed to reflect that in the covers on the other books in the trilogy. Luckily I was able to find this stunning model, quite by accident, who had a variety of hair colors and styles. It totally saved me! And my cover designer, Robin Ludwig, did a fantastic job bringing the essence of Paivi to life.  I love that she kept a similar title banner as well, it sort of blend a little of the original book cover with the new one.

As for the Into the Shadows Trilogy, we're moving forward. I'm working on the sequel, which I'm hoping for a late Fall 2011 release. Look for a title and cover reveal in the coming weeks. And the final episode of the trilogy should hopefully be available in Winter or Spring of 2012.
Email Post
Labels: cover Into the Shadows