I was very excited for this summer - I figured I'd have a ton of time to work on new things and wrap up The Green for publishing. I never figured the foot surgery would wipe out so much time and energy. Good news there is I'm finally walking without crutches, now just need to get back to walking normal! In any case, I've got some great things started and near finished at this point, so hopefully, something new for you to read in the next month. Here's a little breakdown of the writing work I've got on my plate, all of which I'd like to have done before school starts on August 20somethingth. 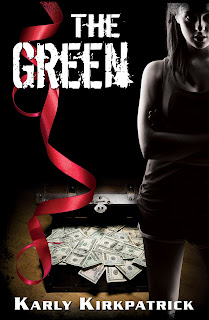 1. The Green - My new YA contemporary romance about a drug-dealing cheerleader. My hope is to get my revisions done (I feel like it's had a hundred) this weekend so my lovely DarkSide beta readers can hack it up and get it back. Then it needs corrections, a round of proofing by my English hawk-eye Adrian, and another round of corrections. Then formatting and boom. You've got a new book. :D Again, hoping that will be out to you sometime in August for sure.

2. Sequel - Into the Shadows - I started the sequel for ITS during the start of Camp Nanowrimo. My hope was to get the rough draft done by end of July and 'win' Camp Nano, but there is some other DarkSide work that needs to get finished first. The story is cooperating though, so once my other work is finished, I hope to jump back into this and get it written for you. I'm shooting for a Fall 2011 release if I can get a draft done by the time school starts.

3. Into the Shadows Trilogy book covers - being that I now have the second book coming alive for ITS, I need some great book covers to pull the series together. Carl Graves did a great job first time around (and I'll keep his cover for the paperbacks), but I've pulled some great pics for my other designer, Robin Ludwig, to work with. I know she'll come up with something fantastic. We should hopefully have the 3 new covers to release (and the new titles, of course) by end of July.